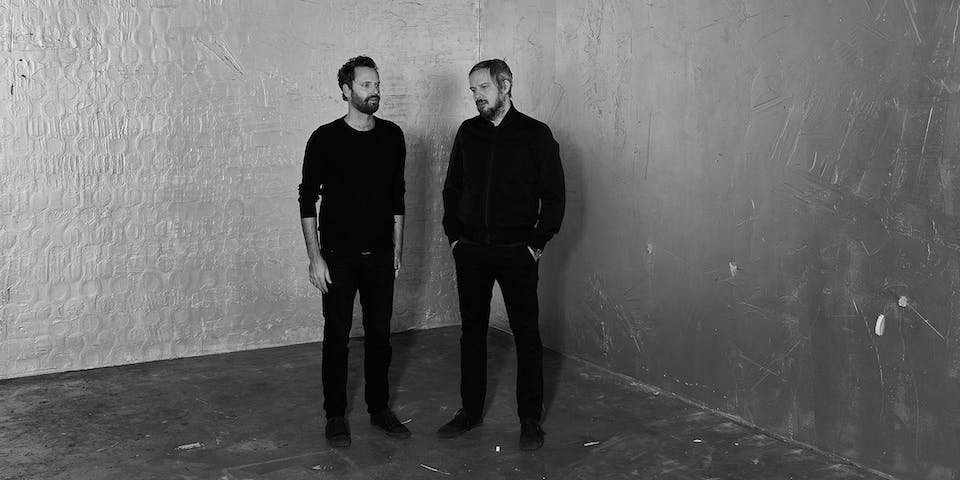 A Winged Victory for the Sullen

iCal
Google
A Winged Victory for the Sullen at Underground Arts

A Winged Victory for the Sullen have nurtured a cult status over the past decade. The pair, made up of Dustin O’Halloran and Adam Wiltzie, have carved out a grand, stirring sound amongst the so-called neoclassical and ambient world – tags which they don’t use themselves but with which they’ve inevitably become associated. Important innovators both in their own right and as a duo, they’ve separately had a hand in iconic film scores and game-changing ambient-classical groups. Their material together has produced a series of singular releases shaped by their unique collaborative process.

Since 2011, the duo have released a series of game-changing records for Erased Tapes and Kranky, and count the likes of Jon Hopkins among their fans, who included ‘Requiem For The Static King Part One’ on his 2015 Late Night Tales compilation. Poised to release their latest album “The Undivided Five”, they have rekindled their unique partnership, creating an album that channels ritual, higher powers and unspoken creative energies. Their fifth release (following their debut album, two scores and an EP), they embraced the serendipitous role of the number five, inspired by artist Hilma af Klint and the recurrence of the perfect fifth chord in their work together.

O’Halloran, who was born in Phoenix, Arizona, and raised in LA, honed his piano playing during the seven years he spent in the Emilia Romagna region of Northern Italy, where he was part of critically acclaimed group Devics. He went on to record two masterful solo piano albums, which piqued the attention of director Sofia Coppola, who then tapped him up to score her 2006 film Marie Antoinette. He has since won an Emmy for his 2015 theme song for Jill Soloway’s Transparent series, and has been nominated for an Oscar and Golden Globe for his 2016 score with Hauschka for Garth Davis’ Lion.

Wiltzie, meanwhile, was born in New York, and first set his sights on a career in tennis. A knee injury curtailed his ambitions at age 16. Since then, he has founded lauded ambient-classical groups Stars of the Lid, The Dead Texan and Aix Em Klemm, groups which garnered him legendary status in the ambient and neoclassical world. He has since moved to Brussels, Belgium, and scored Hollywood films, including a collaboration with Jóhann Jóhannsson for 2014’s The Theory of Everything.

The pair were drawn together in Bologna, Italy, in 2007, at one of the final shows of Mark Linkous’ much-revered Sparklehorse project, with whom Wiltzie was touring at the time. They were introduced by mutual friend Francesco Donadello. They named the band in reference to a Greek statue in the Louvre called “Winged Victory of Samothrace”, a depiction of Nike, the winged goddess of victory, found on the Greek island of Samothrace, the statue’s head long-decapitated. Wiltzie noticed the space which used to hold the missing statue while on holiday in Samothrace, later discovering it was kept in the Louvre. An image of arrested motion, the statue speaks to their music: more active than drone and thicker than minimalism, they capture movement and freeze it.

Four years later, they released their 2011 eponymous debut, establishing their unique combination of Wiltzie's ambient guitar drone and O’Halloran's sparse piano. It was mixed by Donadello, who has become a close collaborator and gone on to mix every one of their records since. Recorded in expansive acoustic spaces such as Berlin’s Grunewald Church, it established the basis of their sound that’s continued since: lofty, elegiac and bathed in harmony.

They’ve since been invited to create scores for a range of mediums. First, they were commissioned to score a new oeuvre by the Royal Ballet choreographer Wayne McGregor, where they led their sound into more electronic territory. The results were released as their 2014 album “Atomos”, building on their signature chamber sound with harp and modular synths. They were then recruited by director Jalil Lesper to score his 2016 thriller ‘In the Shadow of Iris’. which was released as an album called ‘Iris”. They also composed the score for Invisible Cities, a specially-created performance to herald the 2019 edition of the prestigious Manchester International Festival. Furthermore, they have played at some of the world’s most celebrated venues, including a sold out Boiler Room performance at London’s Barbican, and a 2015 BBC Proms show curated by Mary Anne Hobbs at the Royal Albert Hall.

New album “The Undivided Five”, only their second piece of original music outside of film and stage commissions, sees them pay greater heed to the small details in their sound than previously, something they say has been encouraged by the move to a new label. They channel influences such as Debussy, nodded to in the opening track, whose big chords and complicated arrangements inform a lot of their approach. It took shape across eight different studios across Europe, including Brussels’ Eglise Du Beguinage, where Wiltzie has previously performed with Stars of the Lid, and where he organised a 2018 tribute concert for Jóhann Jóhannsson.

The direction of their new album was also shaped by their connection to Jóhannsson. They were asked to create a remix for him, which he heard before he died, where they unlocked a new process in terms of how they work. They recomposed the strings, using modular synthesis, old synths and string and piano arrangements, a method they applied to album opener ‘Our Lord Debussy’. “It’s about going into the DNA of music and taking different strands,” they say.

The start of recording sessions for the album were marred by the death of one of their closest friends. Within weeks after the funeral O’Halloran found out that he would be expecting his first child, and it was soon after that a visit to see the art of af Klint brought home a profound realisation of life, death, the afterlife, and the spaces in between. She belonged to a group called "The Five", a circle of five women with a shared belief in the importance of trying to make contact with spirits, often by way of séances. This chimed with the duo’s unspoken approach to collaboration, and nudged them to return to their writing process centered around the harmonic perfect fifth; the five senses, the divine interval – The Undivided Five.

The album is their debut for Ninja Tune, and comes as change is underway for O’Halloran, moving from Berlin – hence the title of ‘Keep It Dark, Deutschland’ – after a decade in the German capital. He’s headed to Iceland, where the pair took their latest press shots and which is an important connection for both of them. The wide-spanning connections which have shaped the record are testament to their deep roots as artists. This album’s powerful energy is driven by the deep-rooted bond between them. 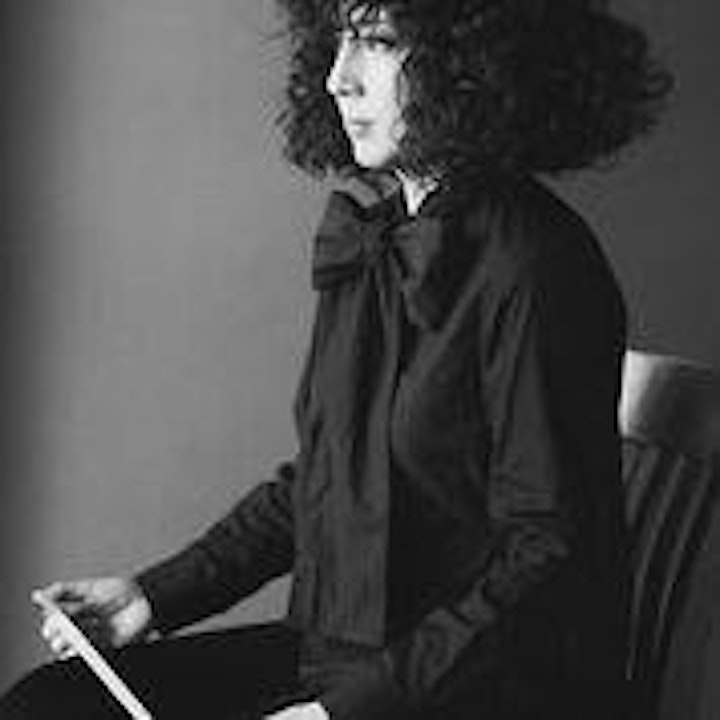 Clarice Jensen is a composer and cellist based in Brooklyn, NYC who graduated with an MA from the prestigious

Juilliard School. A versatile collaborator, Jensen has recorded and performed with a host of stellar artists including

director of ACME (the American Contemporary Music Ensemble), she has helped bring to life some of the most

As a solo artist, Clarice has developed a distinctive compositional approach, improvising and layering her cello

through shifting loops and a chain of electronic effects to open out and explore a series of rich, drone-based sound

fields. Pulsing, visceral and full of color, her work is deeply immersive, marked by a wonderful sense of restraint and

an almost hallucinatory clarity. Meditative yet with a sculptural sharpness and rigour that sets it apart from the swathe

of New Age / DIY droners, she has forged a very elegant and precise vision.

Her music has been described by Self-Titled as “heavily processed, incredibly powerful neo-classical pieces that

seem to come straight from another astral plane”; by Boomkat as “languorously void-touching ideas, scaling and

sustaining a sublime tension”; whilst Bandcamp remarked upon “a kaleidoscope of pulsing movement rich in acoustic

beating and charged with other psychoacoustic effects, constantly shifting in density and viscous timbre.”

Miasmah and followed in September 2019 with the "Drone Studies" EP, a cassette release via Geographic North.

Summer 2019, her sophomore album is due for release in Spring 2020. Jensen recently scored two feature films -

premiered at the 2020 Sundance Film Festival.