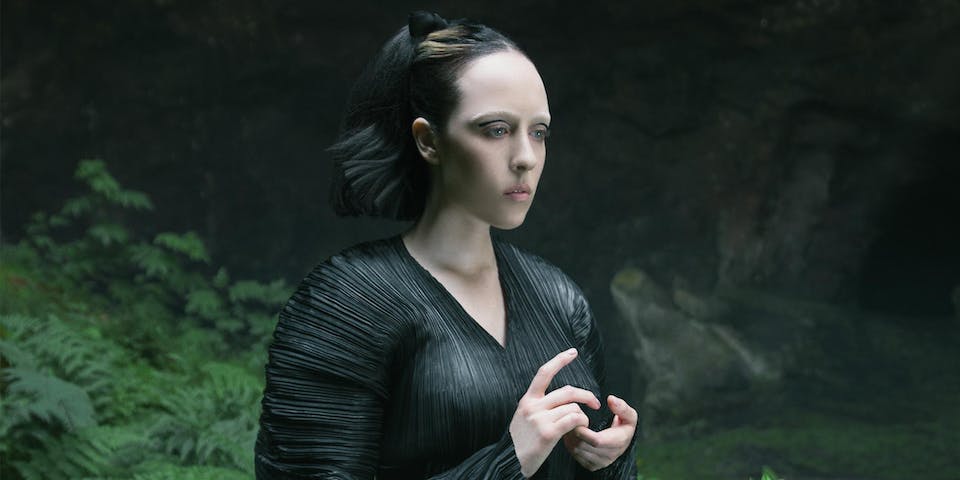 Somewhere amidst the outer reaches of iconoclastic pop darling Allie X’s mind, you’ll find the limits of a surreal hamlet inspired by the East Coast’s infamous playground of the pedigreed, Cape Cod. That said, it doesn’t take long for all the overbearing, Americana-worshipping idyll to melt into a gloomy, grandiose fantasy world of Allie’s creation.

A distinct departure from her previous effort — the irreverent,

observational Super Sunset — this new writing is an intimate, healing journey focused inwards. Told through the perspective of characters

rooted in Allie’s own reluctant reflections upon her teenage alienation,

it’s an invitation to recontextualize the banality of our shared suburban coming-of-age angst via wry romanticization and darkly-dreamlike production. To rethink ostracization and ennui as a vehicle to unite,

rather than isolate, all of the anxiety-ridden outsiders.

“I was waiting for the right moment and place and maturity level where I could comfortably and accurately put these feelings into song,” Allie

says, before adding, “This sort of margin in time and space helped me

dive in and explore some repressed feelings.”

Interestingly enough, her new work was created within the span of a

few, whirlwind weeks a literal world away from the hook-driven writing rooms of Los Angeles. Thanks to the help of like-minded Swedish

producer Oscar Görres and co-writer James Alan Ghaleb, lead single “Fresh Laundry” unfurled into a gaudily melancholic, whimsical encapsulation of the surreal world Allie always dreamed of belonging to. Meanwhile, tracks like “Regulars” explores the struggle of a fish-out-ofwater forced to adhere to the conventional, while the Troye Sivan duet,

“Love Me Wrong” expounds upon these feelings — turning it toward the often fraught relationships with our family that we eventually end up internalizing.

A carefully constructed meditation on universal themes of identity and belonging, most importantly, this new work is also a declaration of the autonomy we have when it comes to redefining ourselves and our place

in the world. And though Allie herself may still on a journey toward reconciling with her past, by allowing herself to continue exploring the margins of contemporary pop, she’s ended up finding herself, at last, a