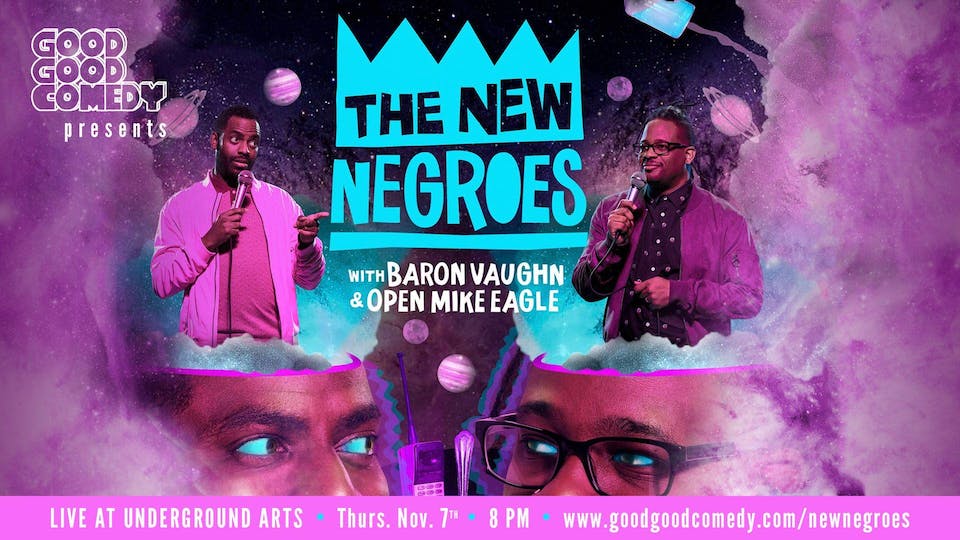 The New Negroes with Baron Vaughn (2 Dope Queens, Mystery Science Theater 3000, Grace & Frankie) and Open Mike Eagle is a socially aware stand-up and music series showcasing a collection of new and established comedians and musicians. According to Vaughn and Eagle, the pair took inspiration for the series and title from the term “New Negro” as popularized during the Harlem Renaissance, referring to Black Americans speaking up, telling their own stories, and affirming their various identities to dismantle outdated assumptions and beliefs.

Some seats available at a first come, first served basis.