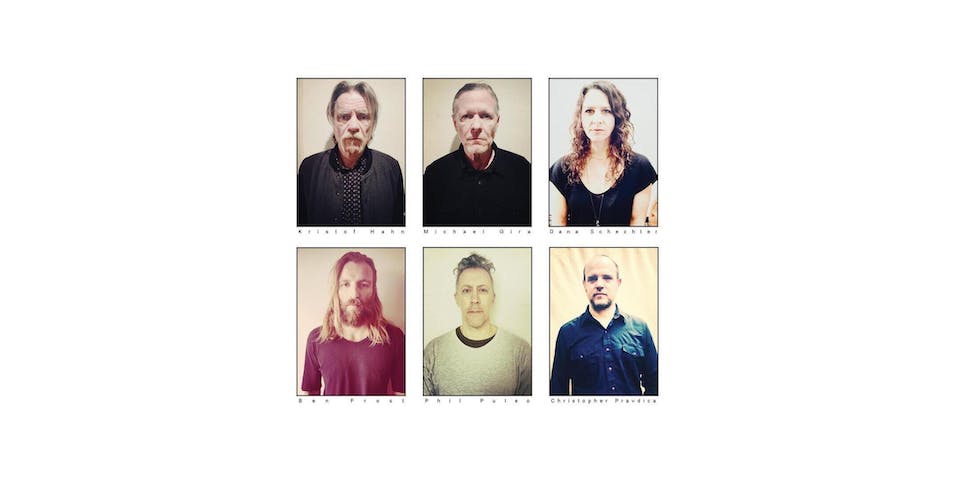 The new record is sweeter, too, shifting its focus from raging catharsis to eye-widening beauty. Instead of the hammer-on-anvil force of recent albums, the largely acoustic palette leans toward plucked strings, brushed percussion, and sighing choirs. At least two songs are in an uncharacteristically chipper major key, and one of them (the radiant “What Is This?”) summons a sparkling beatitude reminiscent of Cocteau Twins’ Heaven or Las Vegas. Philip Sherburne/Pitchfork

Easily one of the “nicest” sounding records the band has released to date, it still manages to deliver the kind of disturbing, compulsive grooves that made earlier records often get described as “terrifying.”… Since 1982, Swans and Gira’s various offshoot groups have all held fast to his dark, claustrophobic lyricism and arranging. And they just keep getting better. Stuart Derdeyn/Vancouver Sun

Swans’ leaving meaning. is a customarily monolithic work of experimental rock… Achieved throughout with a revamped and revolving crew of guests, its vast runtime alongside Gira’s steady narrative guide us to ponder a number of things: reality, our perception of existence, the unknown, and fate… In its bone-chilling, earnest spirit, we witness Swans maintaining a power they never lost – we see them exceeding expectations, branding themselves as a seismic force in experimental rock, and here, they continue to touch on that greatness. Evan Lilly/The Line of Best Fit (UK)