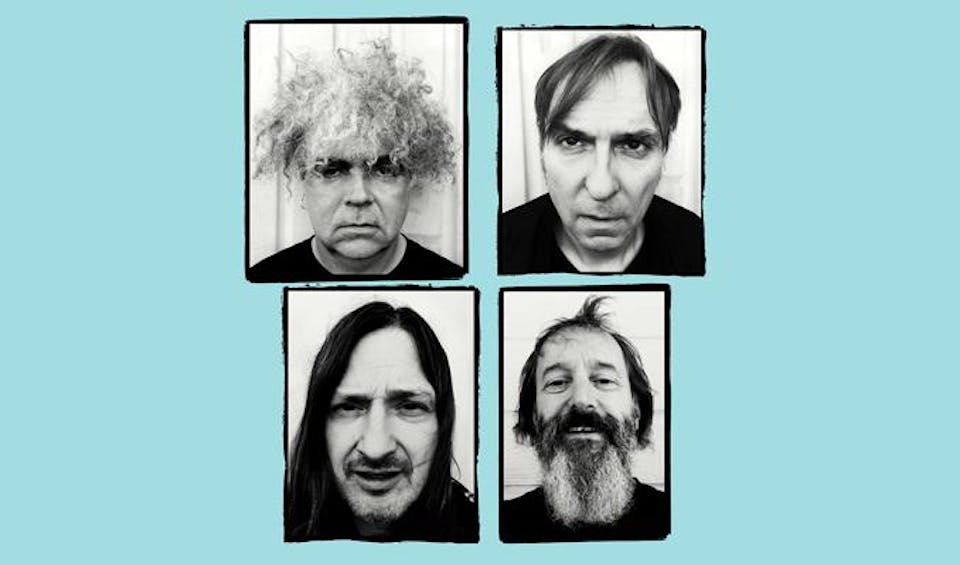 Melvins core members are Roger "Buzz" Osborne AKA King Buzzo (guitar/vocals) and Dale Crover (drums). In recent years Buzz and Dale recorded and performed with various line-ups, i.e. as a four piece with the members of Big Business, Jared and Coady, who play bass and drums respectively, as Melvins Lite with Trevor Dunn who plays stand-up bass, as Melvins 1983 with Mike Dillard who plays drums (Dale plays bass in that line-up), with the former members of the Butthole Surfers, Jeff Pinkus and Paul Leary, who play bass and guitar/vocals respectively, or most recent with Steven McDonald (bass).

The Melvins formed in Aberdeen/Montesano, WA in 1983 the founding members were Buzz, Mike Dillard (drums), and ex-Mudhoney bassist Matt Lukin. Buzz, Mike, and Matt all went to high school in Montesano. The name Melvins came from a grocery clerk at the Thriftway in Montesano where King Buzzo served as clerk and vandal. Melvin was the most hated fellow employee and they felt it to be an appropriately ridiculous name.